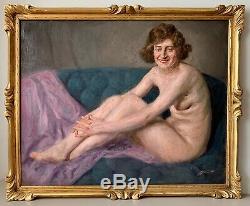 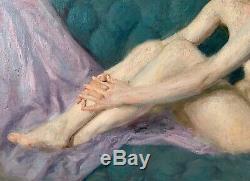 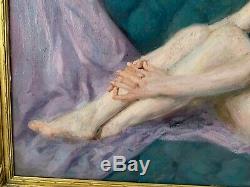 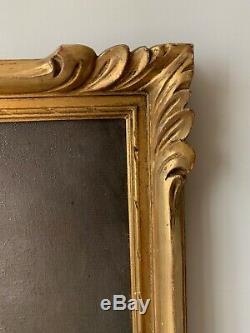 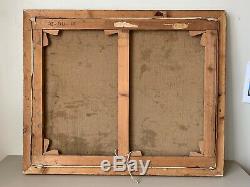 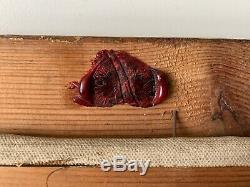 In 1899, he entered the School of Fine Arts in Paris. In 1900, there is definitively permitted and, throughout his school years, prices succession and note. He became a member of the company of French artists in 1901.

In 1902, Lucia Jonas also works in the workshop Dalbert Maignan, with whom he formed a sincere friendship. At the same time, he met Henri Harpignies manifests quickly the affection for him that he considers his protege. He will develop his attraction for nature, and lincitera to paint from nature. On the death of his father on 2 October 1902, Lucian jonas abandoned the fine arts to return to anzin, with his mother, helping run the family distillery which will then be taken over by his brother. Back in Paris in 1903, at No. 3 sinstalle lecourbe the street, in a workshop on one level overlooking a vast courtyard and made available by an architect cousin. It uses the wide terrace to paint outdoors. In 1904, he took advantage of his stays anzin and vast warehouses of the distillery for painting large compositions, inspired by the life that surrounds.

A drama of the mine (consolation) earned him the silver medal in 1905. Three other salon prices prices Chenavard Tremont and Stillmann lencourager just a little more. Lucien Jonas gets the second largest rome price in 1905 (first prize was not awarded this year-there), it is celebrated in Valencian with his friend Lucian brewer, first prize in sculpture, and won the gold medal (exhibition) with travel award in 1907. In 1907, the King of Siam acquired one of his works, entitled the rouffions, preserved in the Royal palace of Bangkok.

On 2 May 1908, Lucian jonas wife Suzanne bedorez, daughter of georges bedorez, Doctor of Law, adviser to the court of cassation, Knight of the Legion of honneur3, with whom he has three children: stone, solange (wife of René Guillaume , magistrate) and Jacques. The couple moved to raspail boulevard in Paris. In 1911, the Higher Council of Fine Arts awarded him the National Award for the table consultation.

In February 1915 he was authorized \From mission to mission, he travels the front, belgium the Vosges, then it will be specifically asked the portraits of military leaders like french (15 March 1915) Pershing (14 August 1917, currently the Metropolitan Museum of Art new york) foch (the day after his appointment as chief). A total of seven or eight hundred panels with oil, and nearly four thousand drawings reproduced in large numbers in the illustration, political annals and literary readings for all and allied newspapers. In 1916 he was appointed official painter of the Navy. The war inspired her preferred compositions that adorn various public buildings. He often describes miners' lives and the \He also enjoyed success with wall murals in the art deco style and realizes the decoration of many buildings, including paris (central house) and Valenciennes (City Hall, Chamber of Commerce).

As a painter of war, many of his compositions, including battle scenes, are adapted postcards throughout the First World War. The item \The seller is \This article can be shipped worldwide.